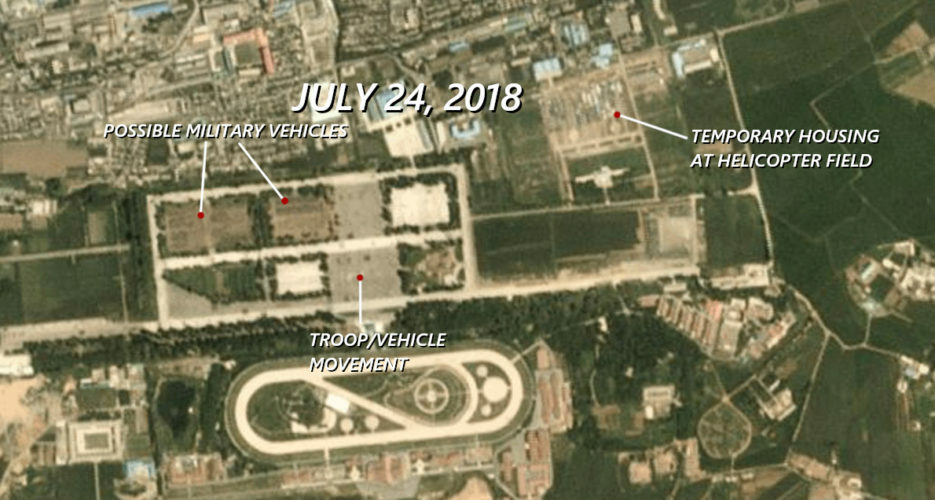 A buildup of probable military assets in areas previously used for North Korean military parade preparations can be observed in recent satellite imagery captured by Planet Labs, analyzed by NK Pro on Friday.

The build-up of possible vehicles and soldier formations at the Mirim Airfield in east Pyongyang – visible in several images of the area taken in recent weeks – suggests preparations could be afoot for a military component to be included in festivities to mark North Korea’s 70th foundation anniversary on September 9.