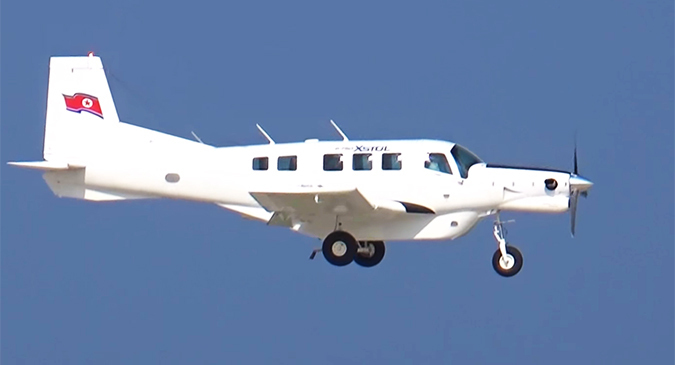 A light aircraft made by a company in New Zealand is the latest addition to North Korea’s fleet of small planes sourced from foreign countries.

The P-750 XSTOL light aircraft, manufactured by the Hamilton-based Pacific Aerospace, was filmed and photographed by attendees of the recently concluded Wonsan Air Show.

The ten seater plane in North Korea still bears the plane’s model number, with the addition of a North Korean flag painted on the tail.

With the addition of the P-750, the DPRK now has now succeeded in sourcing three light aircraft