Images appear to show a 600mm MLRS system and suggest three, not two, rockets were launched 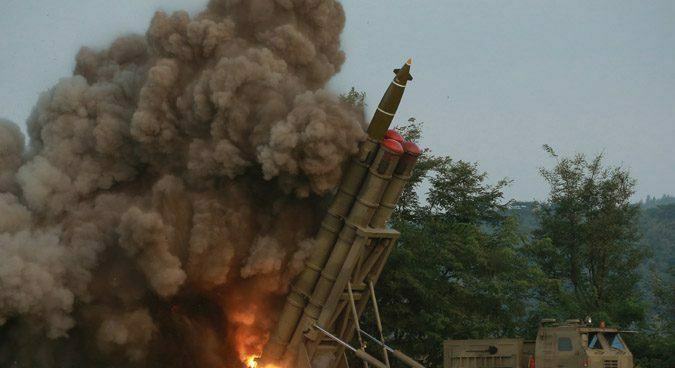 On September 10, North Korea launched two projectiles, according to the South Korean Joint Chiefs of Staff.

The launch event marked the tenth this year and came not long after vice foreign minister Choe Son Hui’s statement suggesting that talks could be held with the United States later this month.

Early on September 11, the Korean Central News Agency (KCNA) released images of the test, showcasing what appeared to be the 600mm Multiple Launch Rocket System (MLRS) that was first unveiled last month.

Before the images had emerged, this author inferred that this system