The meeting's main focus was COVID-19, but it appears a number of promotions were made as well 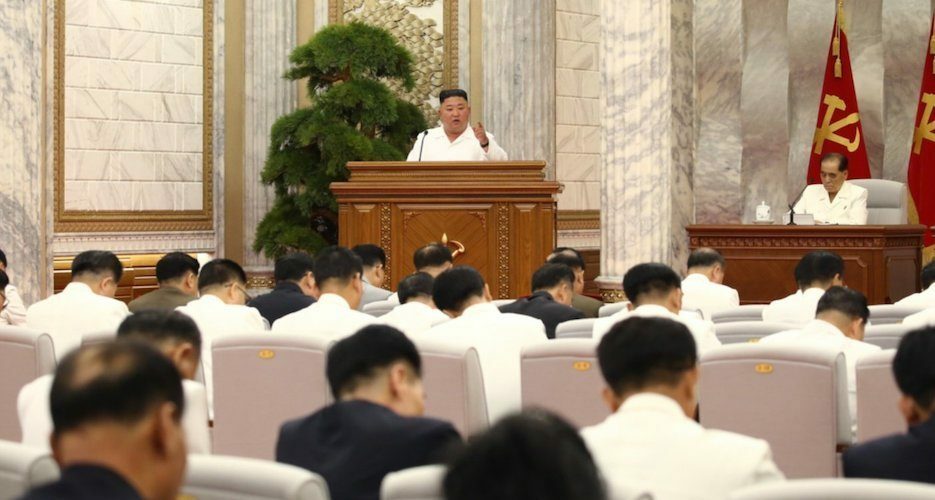 The Workers’ Party of Korea (WPK) Politburo on Thursday came together for an enlarged meeting less than a month after it held its last regular session.

It appeared to be mostly focused on COVID-19, reviewing the last six months of the country’s response to the virus, as well as the construction of the Pyongyang General Hospital. More sensitive issues, however, also seem to have been discussed.