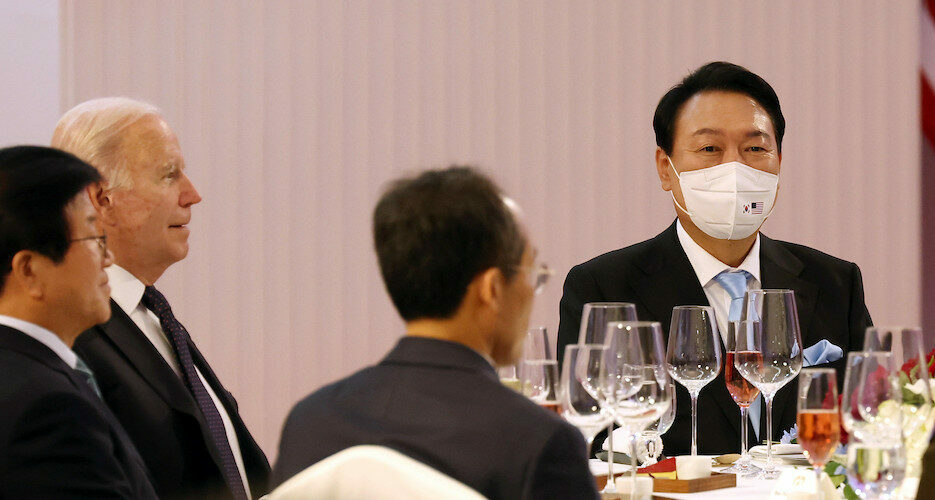 For much of the past decade, South Korea was inclined to play a balancing act between the U.S. and China, while keeping its foreign policy energy primarily focused on North Korea.

But “strategic ambiguity” appears to be no more. New South Korean President Yoon Suk-yeol wants to firmly align the country with the U.S. and position South Korea firmly as a bulwark against the deterioration of liberal values.

Yoon has repeatedly mentioned the Quadrilateral Security Dialogue as a mechanism through which to do this. For months, Yoon suggested that military and other cooperation

Dr. Jagannath Panda is the Head of the Stockholm Centre for South Asian and Indo-Pacific Affairs (SCSA-IPA) at the Institute for Security and Development Policy (ISDP), Sweden. He is also the Director for Europe-Asia Research Cooperation at the YCAPS, Senior Fellow at The Hague Centre for Strategic Studies (HCSS), The Hague; and an International Research Fellow at the Canon Institute for Global Studies (CIGS) in Japan. Dr. Panda is the Series Editor for Routledge Studies on Think Asia and author of the book India-China Relations (Routledge: 2017) and China’s Path to Power: Party, Military and the Politics of State Transition (Pentagon Press: 2010). His recent work includes Quad Plus and Indo-Pacific (Routledge: 2021); Scaling India-Japan Cooperation in Indo-Pacific and Beyond 2025 (KW Publishing Ltd. 2019), and The Korean Peninsula and Indo-Pacific Power Politics: Status Security at Stake (Routledge, 2020).
VIEW MORE ARTICLES BY Jagannath P. Panda Got a news tip?Let us know!