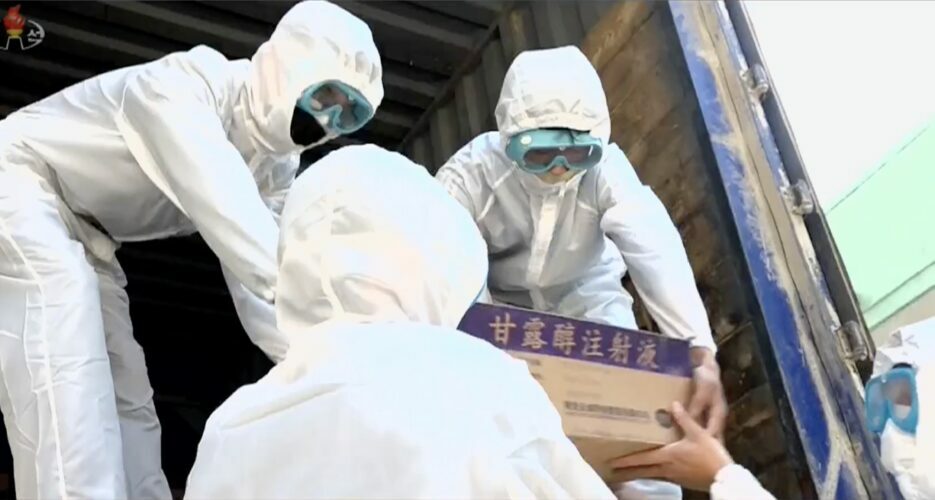 SHARE
SHARE
North Koreans wearing virus protective gear place a box with Chinese characters on it into a truck, possibly as part of a recent shipment from China after it passed quarantine | Image: KCTV (June 6, 2022)

All goods appear to have cleared quarantine at North Korea’s large-scale import disinfection complex near the Chinese border, according to NK Pro analysis of satellite imagery.

The development comes as Pyongyang seeks to “reexamine” pandemic border controls, a sign that it is looking to boost trade activity ahead of a possible restart to operations at the site.

North Korea built the quarantine center last year at Uiju Airport near Sinuiju and began filling it with blue and white-covered stacks of items in January, after allowing trains into the country for the first time in