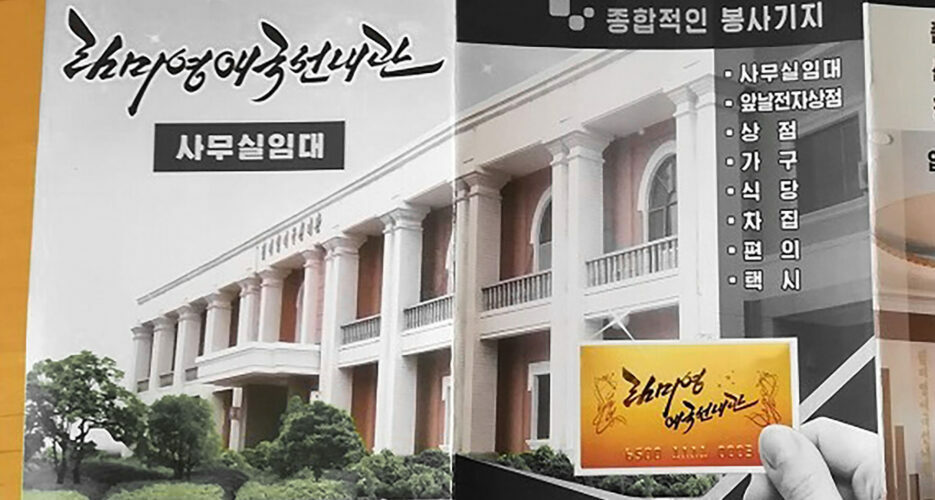 SHARE
SHARE
The front entrance to the Rim Mi Yong Aeguk Sonnae Hall building as seen in a brochure from 2019 | Image: NK Pro

Then 61-year-old Osaka resident Rim Mi Yong opened the department store named after her in west Pyongyang’s Songnae-dong neighborhood in 2009, and the retailer has expanded in recent years with the construction of new annexes and an entire additional floor.