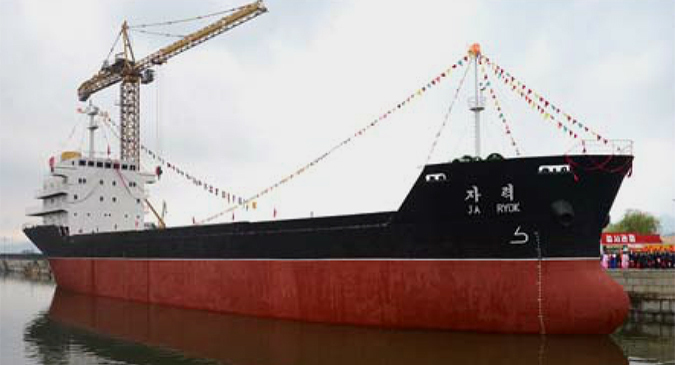 North Korea launched a new cargo ship over the weekend, an increasingly uncommon event which warranted its own ceremony held at the Ryongnam Dockyard on the DPRK’s west coast.

The launch was covered by the Korean Central News Agency (KCNA), which according to the NK News KCNA Watch data tool, has never before written a story about a ship launch in English.

The vessel was reportedly named by Kim Jong Un himself, who designated the ship Jaryok, meaning “self-reliance,” and the ceremony was presided over by two senior North Korean officials.