Moon’s five year plan for “peace and prosperity” in Korea, a summary

From plans for major economic cooperation with the North to denuclearization in four years, Seoul has an ambitious strategy 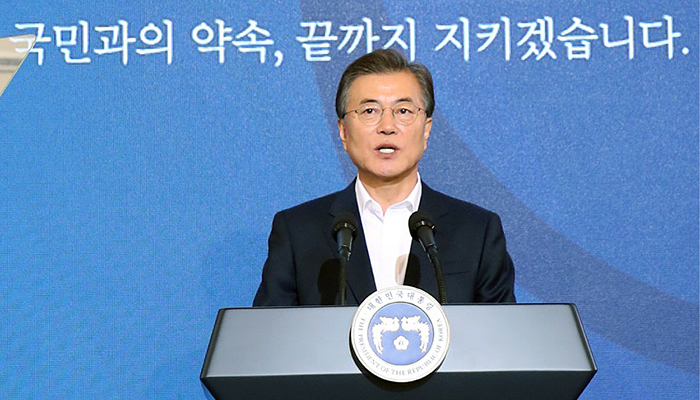 The Moon Jae-in administration released a major policy roadmap on July 19, expressing its willingness to achieve “dependable defense” and “economic unification” with the North in a grand plan for the next five years.

The State Affairs Planning Advisory Committee, the government’s de facto transition team, has put together a plan for the administration of state affairs consisting of a “national vision”, five policy goals, 20 policy strategies, and 100 policy tasks.

The “Korean Peninsula of Peace and Prosperity” plan consists of 3 policy strategies and 16 policy tasks. As the name implies, the Moon administration wants to push

Dagyum Ji was a senior NK News correspondent based in Seoul. She previously worked for Reuters TV.
VIEW MORE ARTICLES BY Dagyum Ji