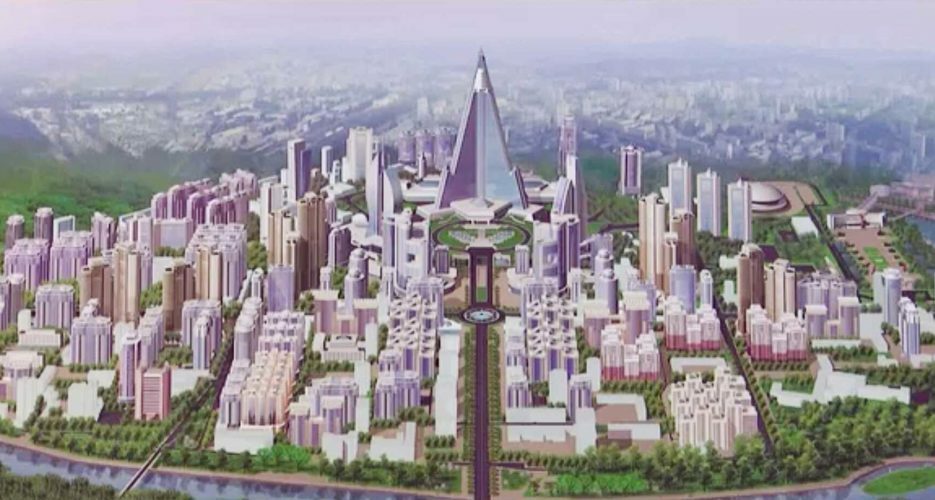 SHARE
SHARE
Plans for the area around the Ryugyong Hotel as shown in an early-2019 documentary on North Korean television | Image: KCTV

Despite their unusually intricate and ambitious designs — similar to two major “10,000-home” skyscraper projects pushed since early last year — the buildings have yet to be featured or promoted in state media.

The projects appear to be part of “bottom-up” efforts and investments, one expert told NK Pro, as opposed to top-down projects state media typically promotes for propaganda purposes.