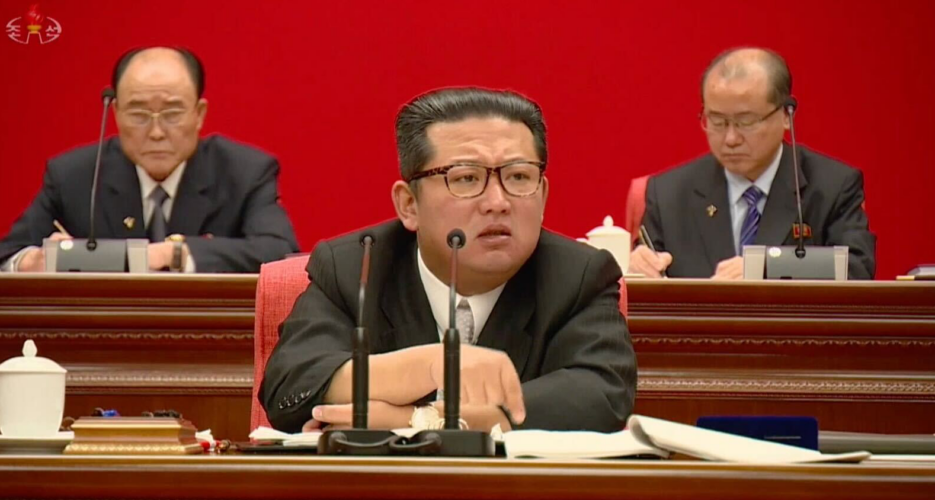 SHARE
SHARE
KCTV (Jan. 1, 2022) | Kim Jong Un presides over the final day of the Fourth Plenary Meeting of the Eighth Central Committee of the Workers’ Party of Korea (WPK) on Dec. 31, 2021

North Korean leader Kim Jong Un delivered a key policy speech at the conclusion of a five-day party meeting on Friday, with a long editorial on his remarks in the Rodong Sinmun sketching out the party’s agenda for this year.

The editorial notably includes next to nothing on foreign or inter-Korean policy, instead devoting significant space to economic and agricultural matters. Yet on this, the country’s leaders manifest what one might describe as a grim lack of new ideas. Swap out some photos and change some more modern language and one is left with a