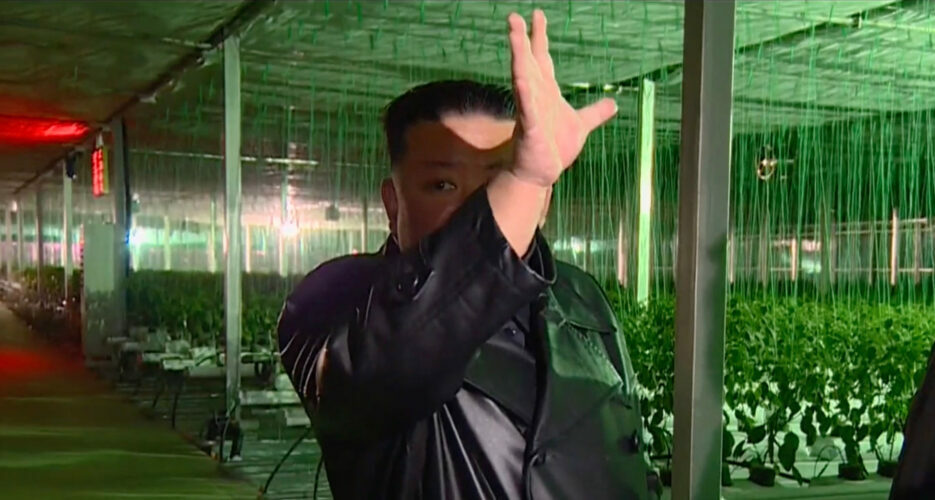 The continued construction on the Ryonpho Greenhouse Farm and activity at a temporary worker camp on site contradict sustained propaganda that the military finished the project by Oct. 10 and that all construction workers left the site.