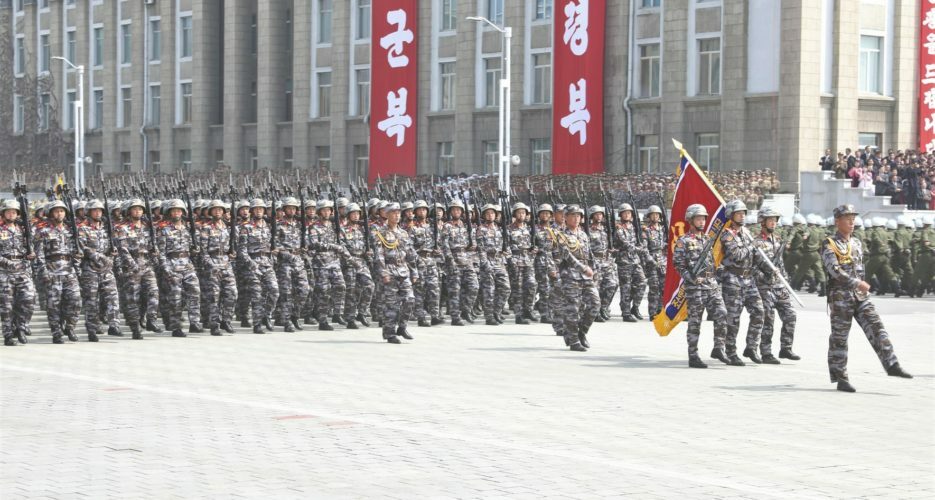 Satellite imagery analysis supports earlier reports that there may be an upcoming military event or parade in Pyongyang on February 8.

At present, the parade appears to involve 28 formations of infantry or other military personnel, a traditional military band, and possibly additional personnel. A small number of vehicles appear to be on the drill as well, but neither has been prominent in the past month of satellite passes.

The Mirim Parade Training Ground is typically very active prior to parades, while it sits fairly empty for the rest of the year