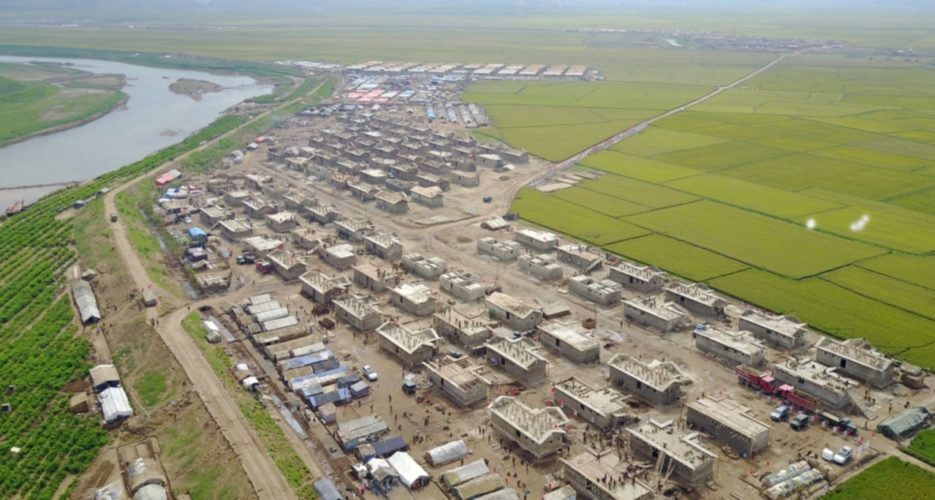 SHARE
SHARE
Rodong Sinmun, Sept. 12 | New homes under construction in Unpha county along the waterway which flooded in Aug. 2020

Typhoons and floods destroyed thousands of homes in North Korea this summer, spurring Kim Jong Un to order the military and even Pyongyang’s elite party members to frantically rebuild dozens of villages nationwide.

But many of the homes that Typhoons Maysak and Typhoon Haishen flooded in early September were actually newly-built only four years ago, according to satellite imagery of North Hamgyong province, which is near the border with China.

This suggests that North Korea’s latest reconstruction efforts are only a temporary fix in some cases, especially as the country appears to be