Bridge would connect China and North Korea, work previously stalled due to weather 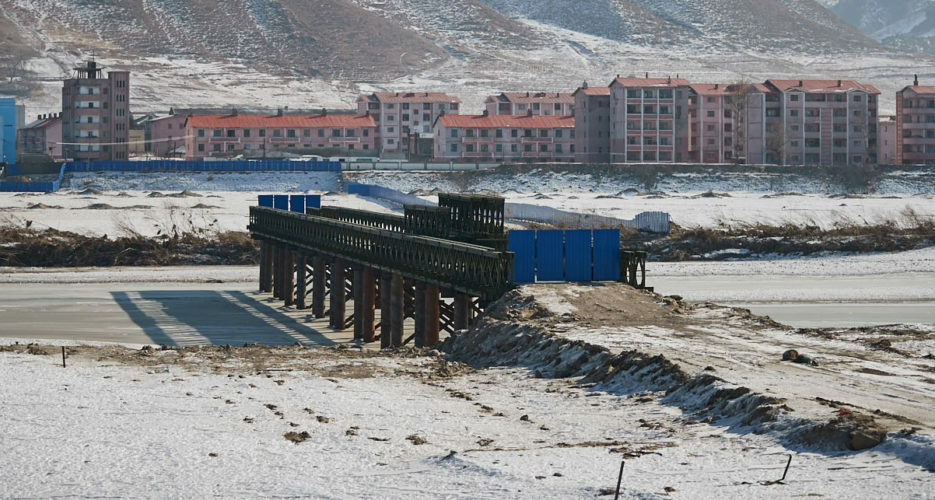 Construction progress at a new bridge being raised across the Tumen River, which separates the North Korean town of Namyang with the Chinese town of Tumen, appears to have stalled, photos recently taken at the border and satellite imagery shows.

Multiple photos taken on January 24 show a structure capable of carrying single-lane traffic crossing approximately just one-third of the river basin, with access roads on both sides of the bridge far from completion.

DPRK side of the new bridge, pictured on January 24 | Click to enlarge | Picture: NK Pro

Construction of the bridge, which is