Amid an impasse in U.S.-DPRK talks, the construction raises questions about how North Korea views the future of its space exploration program, a national priority which led to the rapid disintegration of the “Leap Day” deal after Pyongyang attempted a satellite launch in April 2012. 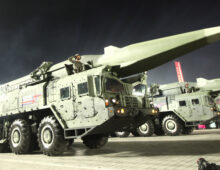