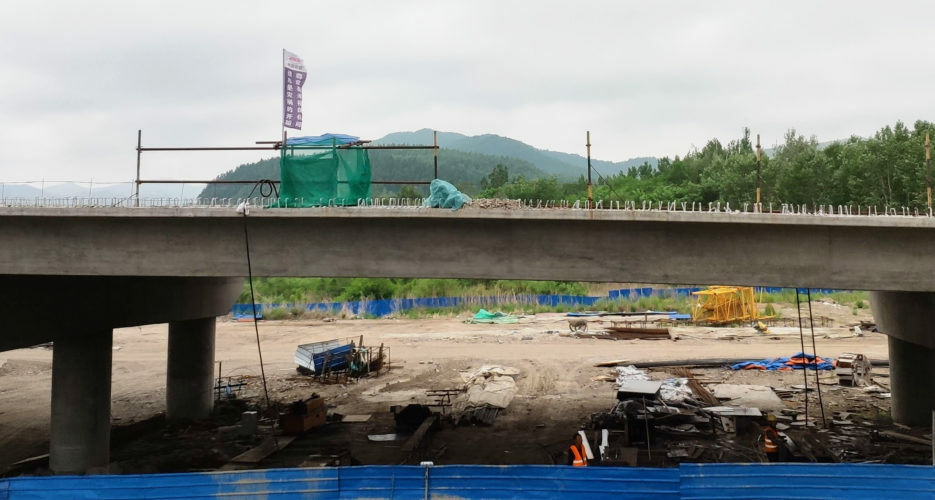 Built between the northeast DPRK town of Namyang and the Chinese town of Tumen, the bridge was first announced in 2015 and has been under construction since the fall of 2017.

The involvement of the China Railway Construction Corporation (CRCC), whose logo and slogans can be seen on flags and banners throughout the construction site, has not previously been widely reported – and could constitute a potential breach of international