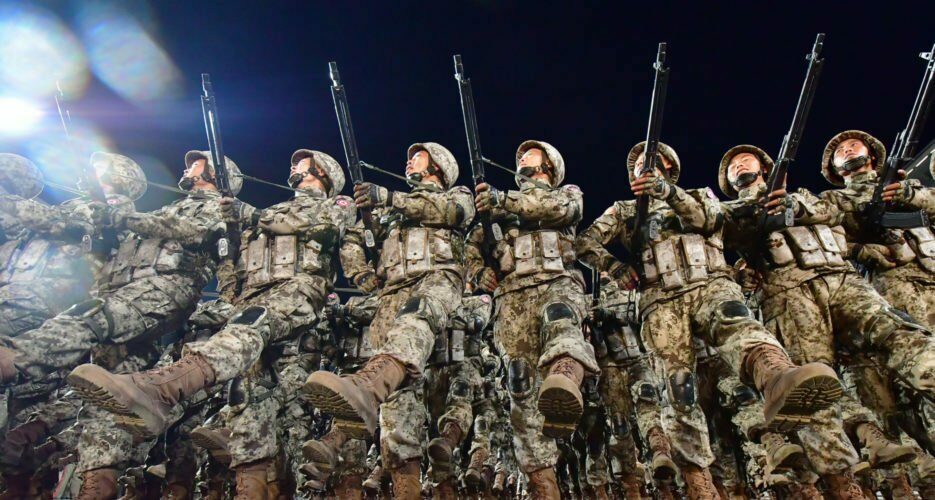 Overshadowed by decades’ long efforts toward denuclearization is the ongoing conventional arms buildup on the Korean Peninsula that will prove central to any future armed conflict between the two Koreas.

Unlike other large militaries that defend long territorial fronts like China or that deploy forward like the U.S., the Korean People’s Army (KPA) of the DPRK is singularly organized to deter, defend against and defeat as necessary the Republic of Korea-United States Combined Forces Command (ROK-U.S. CFC). The KPA’s narrow purpose, coupled with a home turf advantage, helps compensate for shortfalls from limited

Dr. James M. Minnich, Colonel U.S. Army retired, is a professor at the Asia-Pacific Center for Security Studies in Honolulu. Formerly he was associate dean and senior military professor, and is now chair of the Northeast Asia Group and Women, Peace, and Security Group.  He has had sustained in-depth experiences in Asia since 1982, including 15 years in Korea. In 2016, the South Korean president awarded him the Order of National Security Merit Samil for long and substantive service in defense of the Republic of Korea. He served in Korea as the secretary of the United Nations Command Military Armistice Commission, deputy chief of the Joint U.S. Military Affairs Group, and chief of the USFK Policy Branch. He is a 2009 senior service college distinguished honor graduate from the Korean National Defense University, and a 2001 graduate from the Korean Army College. He earned a doctorate from the University of Southern California, master’s degrees from Harvard University and the U.S. Army Command and General Staff College, and a diploma in Korean language studies from Sogang University in Seoul. He has written several books and articles on various security issues. The opinions expressed in this article do not necessarily reflect official policies or positions of DKI APCSS, the U.S. Department of Defense, or the U.S. government.
VIEW MORE ARTICLES BY James M. Minnich Got a news tip?Let us know!