Resort project in advanced stages as October deadline looms, though much work remains to be done 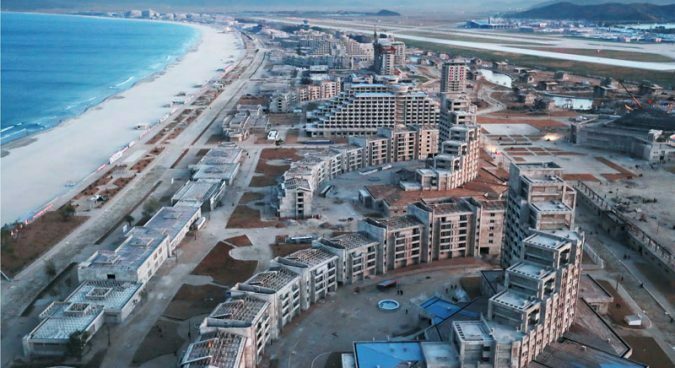 The Wonsan-Kalma coastal tourist area on North Korea’s east coast has seen rapid progress over the winter and appears to be nearing the final stages of construction, a review of recent satellite imagery suggests.

Roofing has been installed on dozens of the zone’s large hotels, lodgings, and service buildings, while landscaping has taken shape surrounding many of the buildings and along the five-kilometer stretch of beach, raising the possibility the project may indeed meet Kim Jong Un’s October 10 target completion date.

But following several changes to the zone’s blueprint already since