Temporary shelter for ‘thousands’ of N. Koreans springs up in Pyongyang 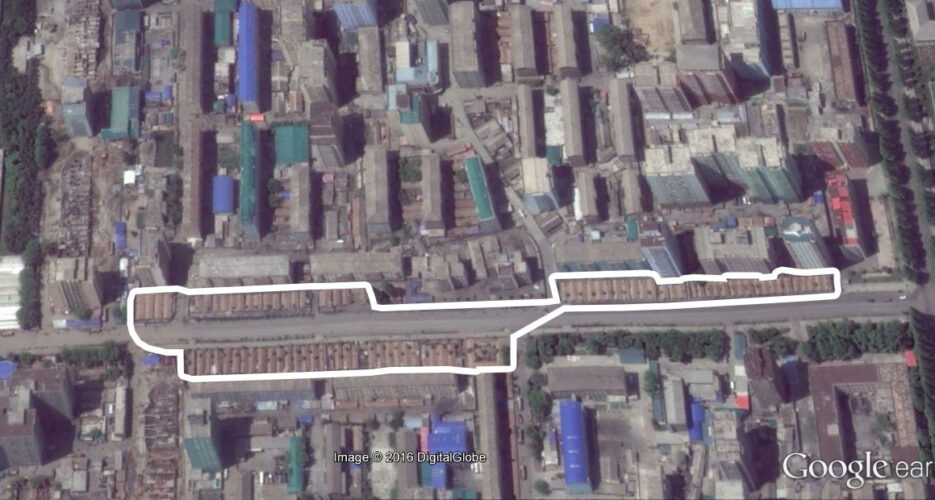 Temporary shelter for ‘thousands’ of North Korean soldier-builders has sprung up in the northeast of Pyongyang, satellite imagery dated May 2016 shows, potentially impacting local neighbors in the area.

Scores of the shelters – raised temporarily for soldiers mobilized to complete a major 3,000 apartment complex along Ryomyong street – can be seen in the imagery, which was taken less than two months after construction kicked off.