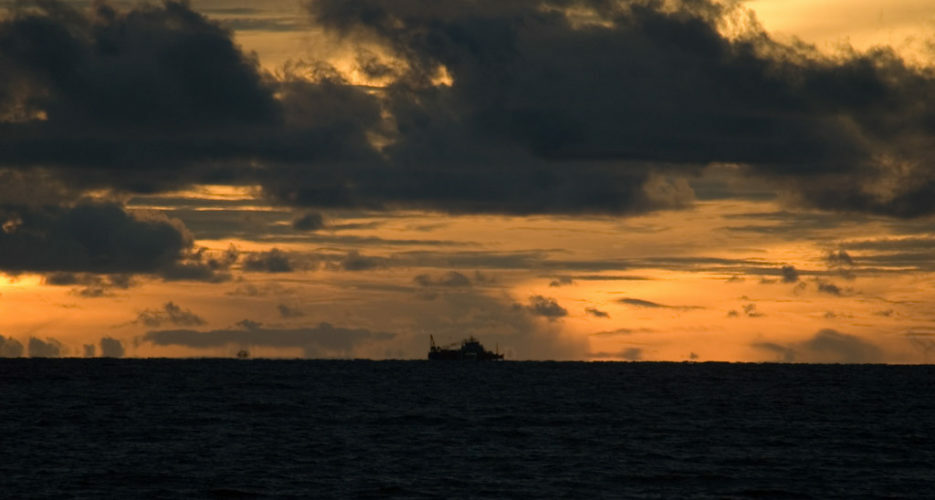 An oil tanker owned by a company associated with North Korea’s arms smuggling and sanctions evasion operations is currently loitering in an area of ocean defined by Washington as a ship-to-ship transfer hot zone, the NK Pro ship tracker shows.

The tanker has broadcast its location twice in the same position to the east of Shanghai in April and May, which coincides with a patch of sea where North Korea has illegally imported oil at sea in contravention of UN resolutions.