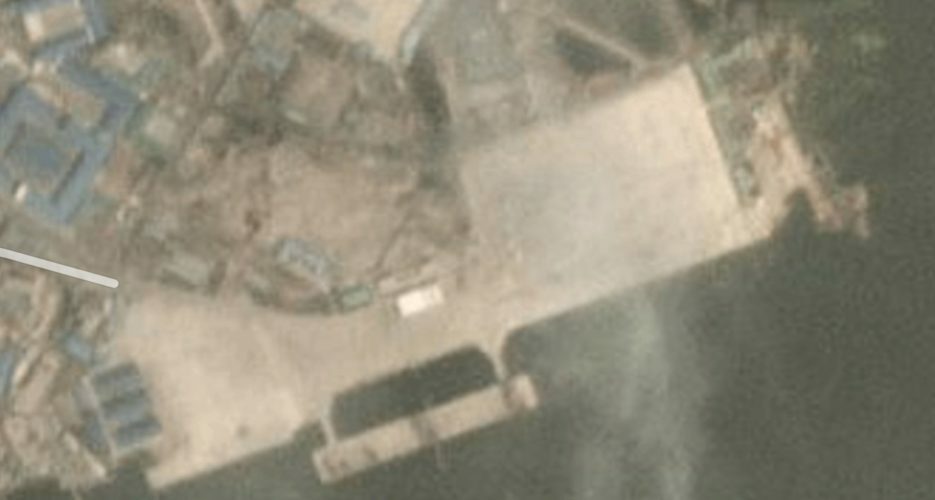 A recent satellite image from Planet Labs of North Korea’s main container terminal at Nampho shows what appears to be a nearly empty dock, the first time an image taken in 2019 captured an apparent lack of containers at the facility.

The satellite photograph taken on Monday shows potentially just a handful of containers on the eastern side of the storage area, with no vessels the facility, while the upgraded set of loading cranes are also apparently idle.

Time-lapse imagery from the