The current sanctions regime has its limits, even if the US could convince China, Russia and others to fully enforce it 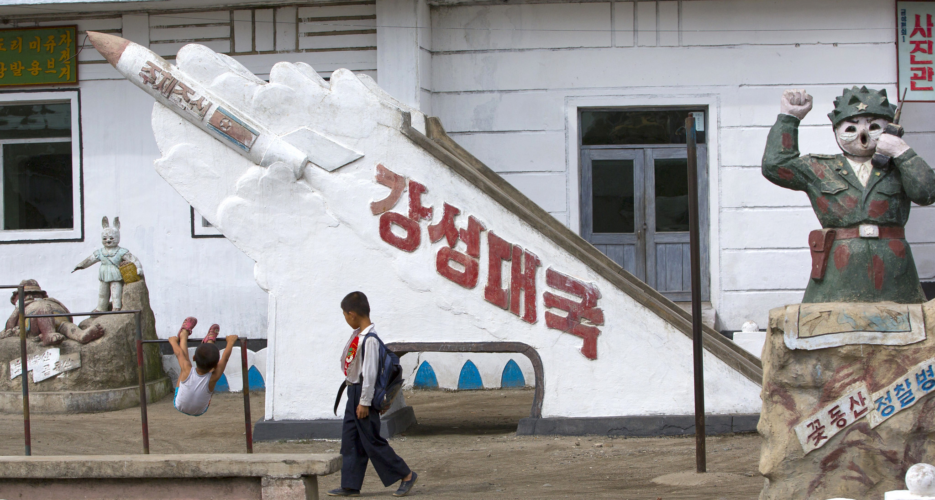 SHARE
SHARE
Eric Lafforgue | North Korean pioneer passing in front of a missile monument at a school in South Hamgyong Province in Sept. 2012

For decades, American presidents have said that North Korea cannot have nuclear weapons. And for decades, North Korea has continued adding more to its arsenal.

Estimates of North Korea’s capabilities vary: Informed estimates vary from as few as 10 to as many as 116. Truly fearsome are estimates of what might come. The Rand Corporation and Asan Institute recently warned that by 2027 North Korea could have close to 250 nuclear weapons and “several dozen intercontinental ballistic missiles (ICBMs) and hundreds of theater missiles for delivering the nuclear weapons.”

Such an arsenal would match that of the United

Doug Bandow is a Senior Fellow at the Cato Institute. A former Special Assistant to President Ronald Reagan, he is author of "Tripwire: Korea and U.S. Foreign Policy in a Changed World" and co-author of "The Korean Conundrum: America’s Troubled Relations with North and South Korea."
VIEW MORE ARTICLES BY Doug Bandow Got a news tip?Let us know!