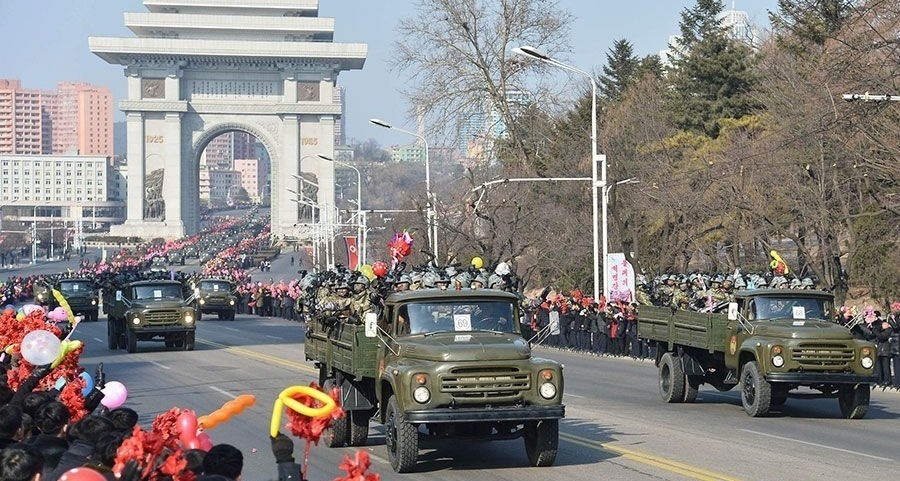 Satellite imagery shows that North Korean military vehicles are once again amassing at a training facility in Pyongyang, possibly in preparation for a military parade that would celebrate the country’s Eighth Party Congress in January.

Between Dec. 24 and Dec. 25, hundreds of apparent vehicles began to park in grassy lots next to the Mirim parade training area, which is a 1:1 scale copy of Kim Il Sung Square. The vehicles were then rearranged on Dec. 26, and even more appeared to fill an adjacent lot by Dec. 30, according to Planet Labs medium-resolution satellite imagery.