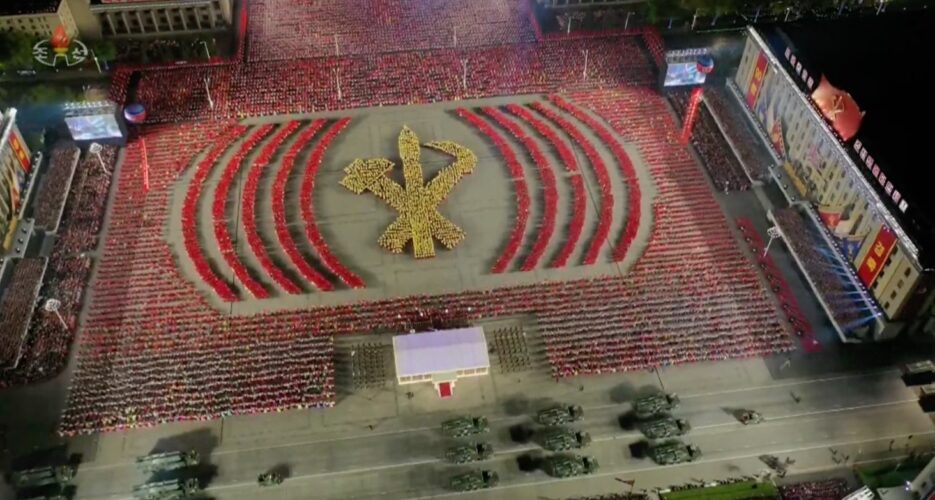 In sub-zero temperatures at Pyongyang’s Kim Il Sung Square Saturday morning, thousands of civilians were seen practicing in giant formations of slogans and symbols which they will have to perform during an upcoming military parade, according to NK Pro analysis of satellite imagery.

The Planet Labs images, taken around 10:30 and 11:00 a.m. KST, are the first to capture civilian parade training this year.

Soldiers also appeared to continue large-scale goosestep training at a military facility across town, which has been ongoing daily along with weapons vehicle training since December. The latter activity points to