Shun Fa tanker implicated in smuggling rings set to be scrapped, after ROK authorities detained it in Busan last year 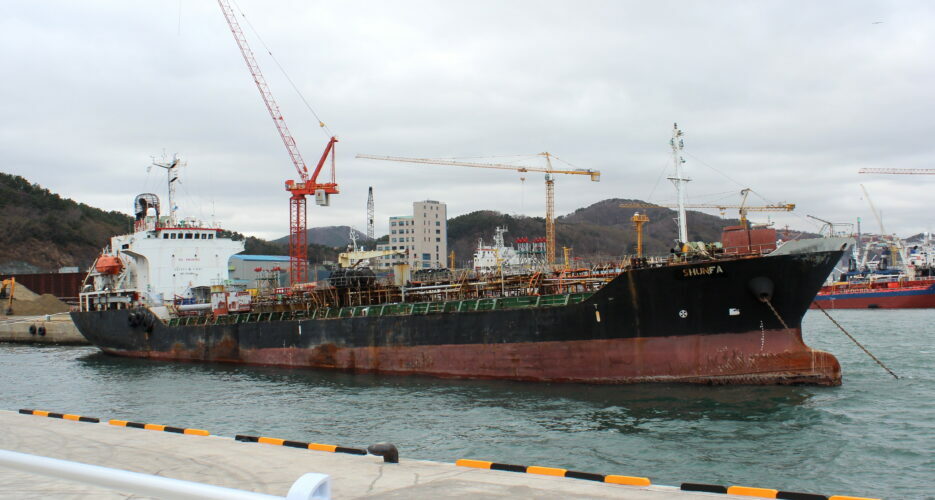 SHARE
SHARE
The Shun Fa (aka Billions No. 18) anchored directly outside the Pal Pal shipbreaking yard in Busan on March 18, 2022 | Image: NK Pro

A tanker with ties to North Korea’s oil smuggling rings is set to be auctioned for scrap, NK Pro has confirmed.

The ship appears to be next in line for scrapping, as the yard is busy dismantling another ship, itself already cut clean in half