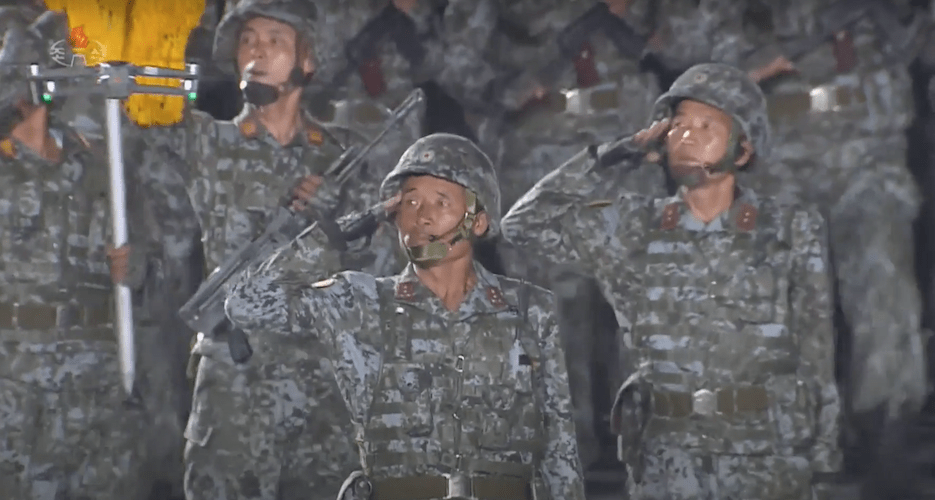 While analyzing a North Korean state TV broadcast of the military parade, analysts from Oryx identified at least one drone from the Shenzhen-based DJI Mavic 2 line.

The body of the Mavic 2 line is almost identical across the Mavic 2 Pro, Mavic 2 Zoom and Mavic 2 Enterprise, with slight differences in camera and capabilities. And during the parade, the drone was seen blinking its twin green lights on its