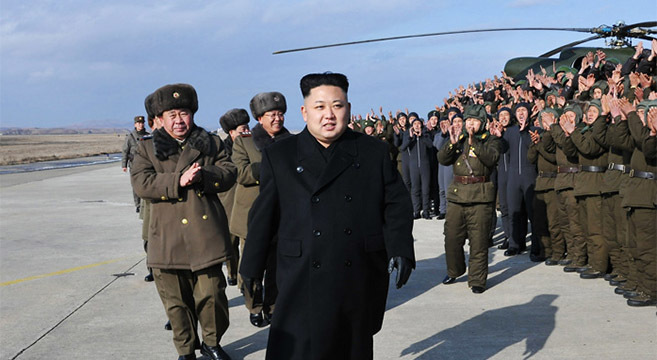 North Korea called for peace and cooperation with the South in official press and diplomatic rhetoric throughout January in what was called a “peace offensive” by some. But despite the pledges towards peace, Supreme Leader Kim Jong Un’s public appearances in the first month of 2014 focused largely on military and political events for holidays.

Certain political events, such as a visit to Kumsusan Palace of the Sun, are customarily part of the start of each new year in North Korea. The large number of military-related appearances – seven out of 11 had some military relevance – suggests that Pyongyang