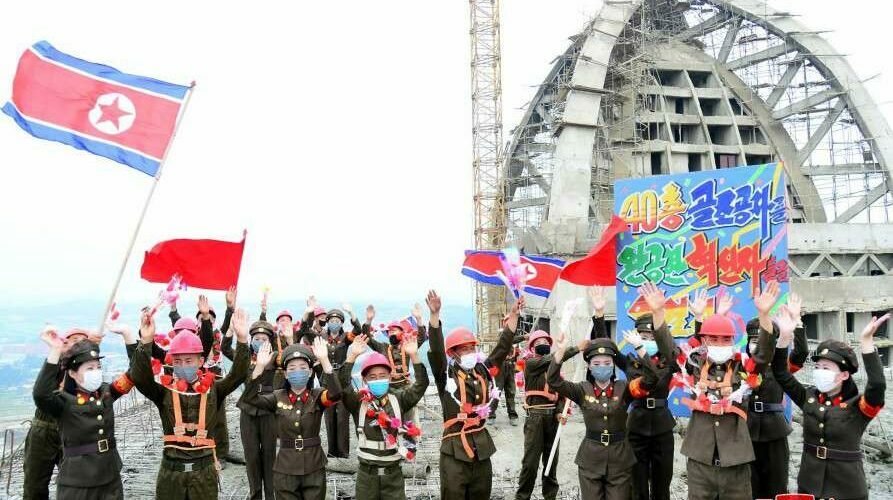 SHARE
SHARE
The concrete roof sculpture on one of the street's tallest skyscrapers, a 40-story building, during a "structural construction completion" ceremony in late July | Image: KCNA (July 28, 2022)

A new street of skyscrapers is taking shape on the outskirts of Pyongyang in line with state plans, exclusive on-the-ground photos obtained by NK Pro reveal, showing in new detail the progress on ornate concrete towers quickly constructed since earlier this year.

The photos taken in recent weeks are the first to show how much of the new high-end Hwasong district actually looks from the perspective of locals, as state media has so far mostly hidden what the district’s dozens of new apartment buildings look like while under construction.