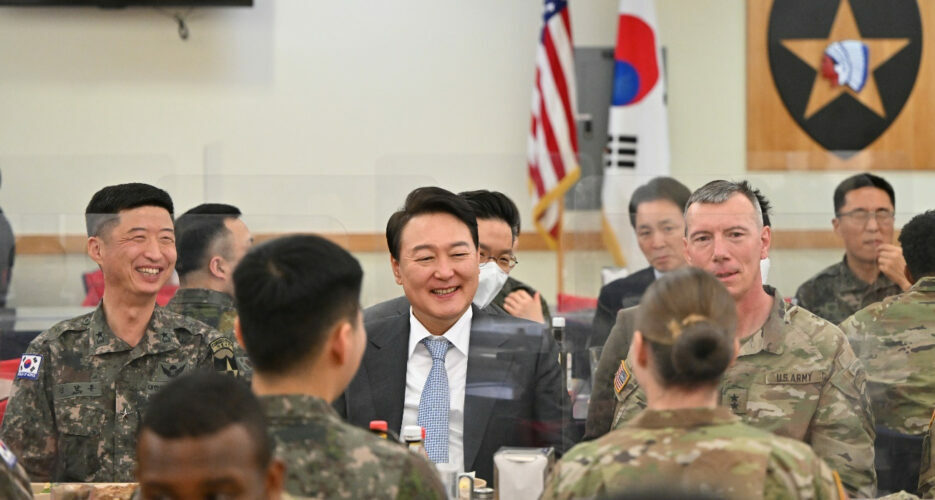 Since his election last month, South Korean president-elect Yoon Suk-yeol and his transition team have taken a number of steps that have begun to reveal his broader foreign policy strategy, even as mounting crises at home and abroad suggest major challenges ahead.

In early April, Yoon’s policy consultation delegation visited the U.S. and conveyed Yoon’s intent to upgrade the U.S.-ROK alliance and participate in the “working group” of the four-nation Quadrilateral Security Dialogue, or Quad. This policy signaling comes amid the war in Ukraine, deepening convergence between China and Russia and North

Dr. Jagannath Panda is the Head of the Stockholm Centre for South Asian and Indo-Pacific Affairs (SCSA-IPA) at the Institute for Security and Development Policy (ISDP), Sweden. He is also the Director for Europe-Asia Research Cooperation at the YCAPS, Senior Fellow at The Hague Centre for Strategic Studies (HCSS), The Hague; and an International Research Fellow at the Canon Institute for Global Studies (CIGS) in Japan. Dr. Panda is the Series Editor for Routledge Studies on Think Asia and author of the book India-China Relations (Routledge: 2017) and China’s Path to Power: Party, Military and the Politics of State Transition (Pentagon Press: 2010). His recent work includes Quad Plus and Indo-Pacific (Routledge: 2021); Scaling India-Japan Cooperation in Indo-Pacific and Beyond 2025 (KW Publishing Ltd. 2019), and The Korean Peninsula and Indo-Pacific Power Politics: Status Security at Stake (Routledge, 2020).
VIEW MORE ARTICLES BY Jagannath P. Panda Got a news tip?Let us know!