Looking back on Kim Jong Un’s least-active year of field inspections yet, the Kwangchon Chicken Farm stood out for being one of only three economic development initiatives that the North Korean leader publicly visited in 2020. This week, comments by one of Kim’s top deputies revealed that the farm was still not finished, meaning all three of these top-priority projects remained delayed or incomplete. 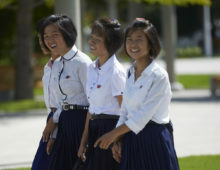