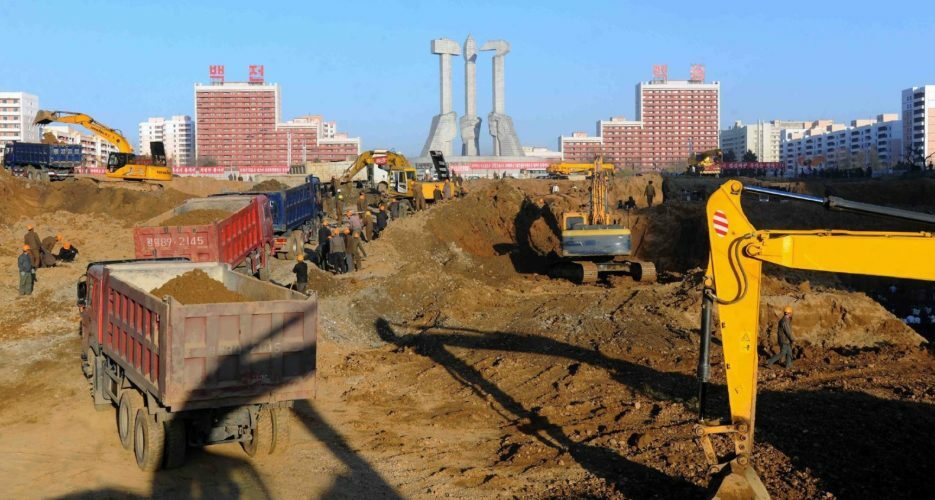 North Korean state media on Tuesday claimed excavation work on the new Pyongyang General Hospital construction project was completed “ahead of schedule” by April 5, just over 20 days since its ground-breaking ceremony.

Satellite and on-the-ground imagery from recent days indeed show that major digging work and foundational concrete-pouring in some parts of the new building are already underway, though the claim of completed excavation appears only partly true.

“A huge task of ground excavation was finished in a little more than 20 days after the construction of the Pyongyang General Hospital began,” a Korean Central News Agency