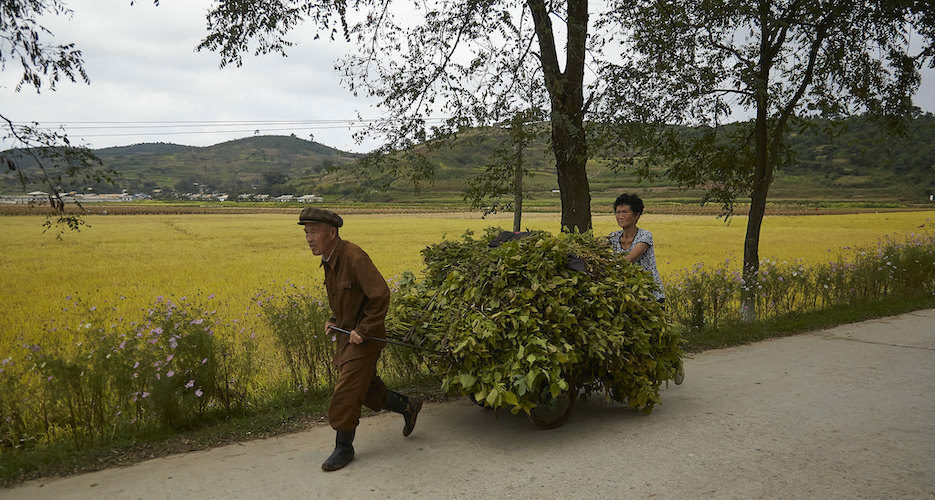 The website of the Tokyo-based Choson Sinbo on January 20 carried a “Meari” column by “Jong” and an article attributed to the Choson Sinbo Pyongyang Bureau, both reiterating North Korea’s “unprecedented bumper crop” in 2019.

The column attributes this harvest outcome to an “integrated production system” that North Korea started rolling out in cooperative farms.

The article features “Work-Team No. 1 in Bukji Cooperative Farm” in Jaeryong County, South Hwanghae Province, for emerging from an underdog to a team that “broke the best record in per-jongbo [farmland measurement unit in North Korea] grain production over the past