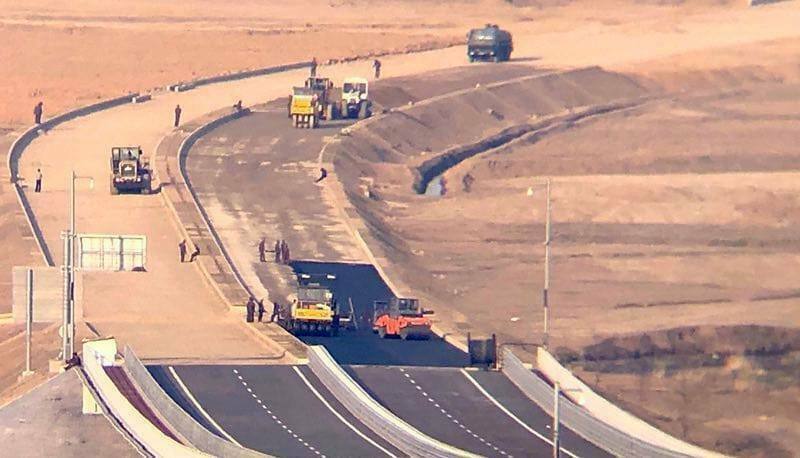 A new modern bridge set to facilitate greater overland trade volumes between China and North Korea took another step this week towards finally opening with paving beginning on the DPRK connecting highway, NK Pro analysis of a ground-level photo and satellite imagery shows.

The satellite imagery also reveals that preparations for construction on what appears to be a customs complex near the foot of the bridge have also expanded in recent weeks, while the remainder of a small neighborhood along the highway was finally demolished.

New homes appear to have been built nearby around the