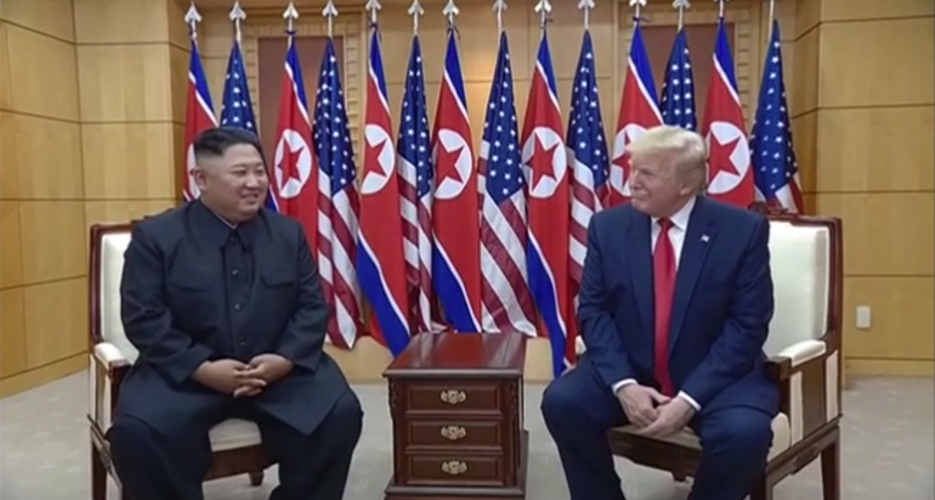 Less than 24 hours after Kim Jong Un’s meeting with Trump in Panmunjom on June 30, North Korean state-run Pyongyang Korean Central Television (KCTV) at 1500 KST on July 1 aired a 16-minute documentary on this event.

The program, entitled, “Respected and Beloved Supreme Leader Comrade Kim Jong Un Had a Historic Meeting with Donald Trump, President of the United States of America, in Panmunjom — June 30, Juche 108 (2019),” was repeated three more times in the evening at the top of every news hour.