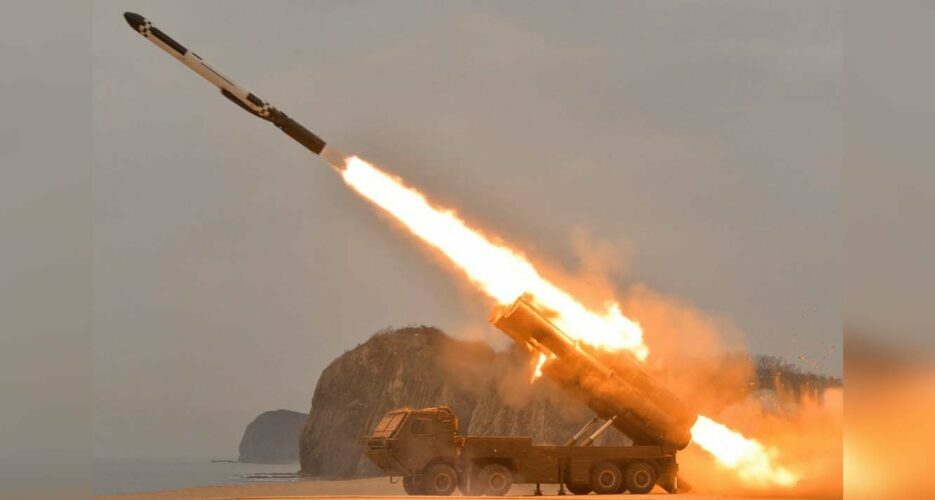 SHARE
SHARE
KCNA (Jan. 28, 2022) | Official images of the Jan. 25 cruise missile test, the location of which was not publicly identified by North Korean state media or South Korean military officials

A luxury North Korean hotel appears to have been upgraded with a new feature: a missile launch zone.

NK Pro analysis reveals that cruise missiles the DPRK tested last month appear to have been launched from a beach in front of the east coast Majon Hotel.

Kim Jong Un also appeared to take advantage of the pristine shoreline in front of his mansion next door to the hotel to shoot a horseback riding scene for a new propaganda documentary released last week, according to analysis of state media photos and satellite imagery.