DPRK appears to have mostly torn down floating hotel, but cause of wildfire at Ananti golf course still unclear 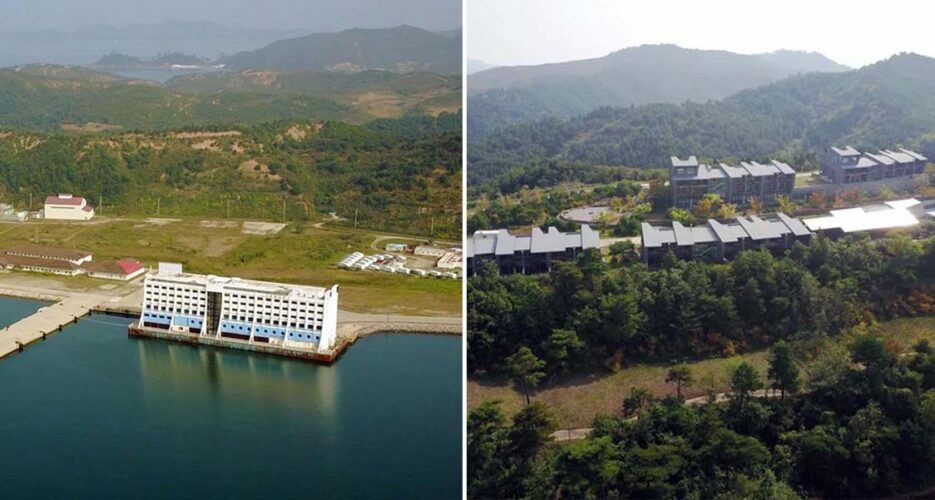 Much of a South Korean-owned golf resort in North Korea’s Kumgang tourist zone was damaged in a fire, new high-resolution satellite imagery suggests, though questions remain over how the fire started and if it was part of stated plans to unilaterally demolish the facilities.

The new image, taken by Planet Labs on April 16, also reveals that only the basic foundation of the Haegumgang Hotel, a floating structure in nearby Kosong Port, remains after a month of dismantlement efforts.