Moon knocks on Biden’s door — and this time, he has a real chance to coax the US 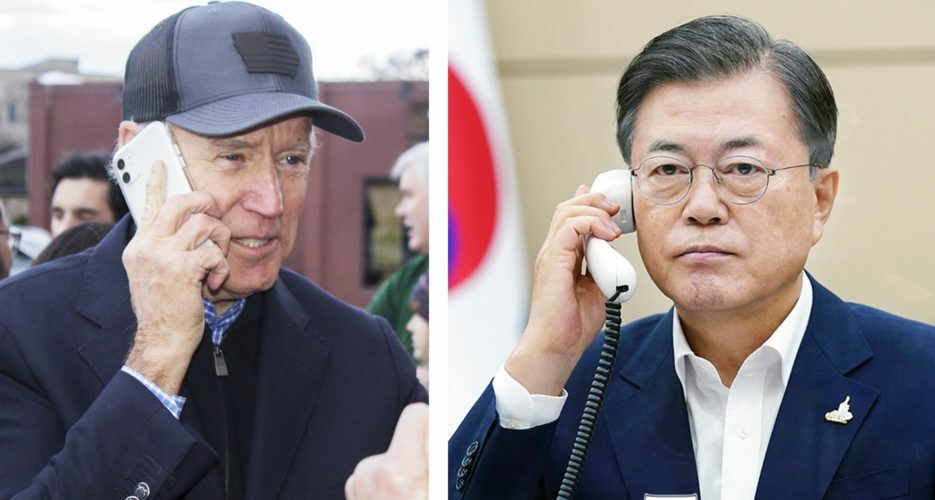 President-elect Joe Biden still hasn’t been inaugurated into the White House, but South Korean President Moon Jae-in is no doubt already knocking on his door, canvassing in favor of inter-Korean engagement and reconciliation.

Truth be told, inter-Korean relations are far better now than they were a few years ago — despite the fact that North Korea blew up the joint liaison office in June.

According to the Moon administration and South Korean liberals at large, inter-Korean reconciliation is a long-term process that will go well beyond the mandate of the current president. This explains why