With a year left in office, Moon Jae-in vows to do “everything” he can to bring “irreversible peace” 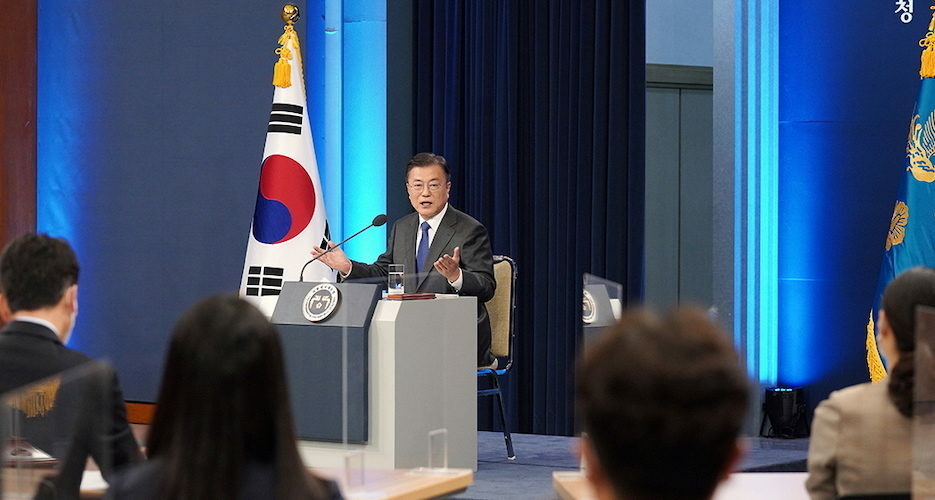 His presidency has been marked by dramatic swings in inter-Korean relations, from April 2018 when Moon met and held hands with North Korean leader Kim Jong Un at Panmunjom to June 2020 when North Korea blew up the Kaesong inter-Korean liaison office, purportedly in retaliation against anti-DPRK leaflets.

Unfortunately for Moon, the relationship between the two Koreas seems to have been largely contingent on U.S.-DPRK relations. Things quickly derailed after former U.S. President Donald Trump walked out on Kim at