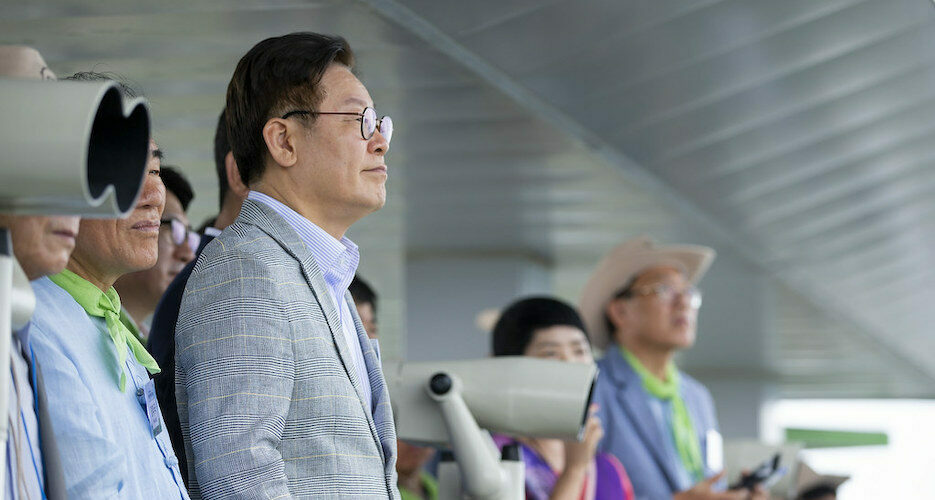 The South Korean ruling party’s leading presidential candidate for 2022, Lee Jae-myung, revealed his comprehensive views on the country’s North Korea and foreign policy in a Facebook post on Sunday.

Lee of the Democratic Party vowed to continue much of the incumbent Moon Jae-in administration’s pro-engagement North Korea policy and to play a “mediator” role as a stakeholder on Korean Peninsula issues, while appearing to address frequent points of criticism the Moon administration received in the past few years.

Lee promised to persuade the U.S. and U.N. of the need for

Jeongmin Kim is the Lead Correspondent at NK News, based in Seoul. Kim covers inter-Korean and DPRK-related foreign, defense and humanitarian affairs, and has covered the 2022 ROK Presidential election on the ground. Prior to joining NK News, she worked for the CSIS Korea Chair in Washington D.C. and Reuters news agency's Seoul bureau. Follow her on Twitter @jeongminnkim
VIEW MORE ARTICLES BY Jeongmin Kim EMAIL Got a news tip?Let us know!