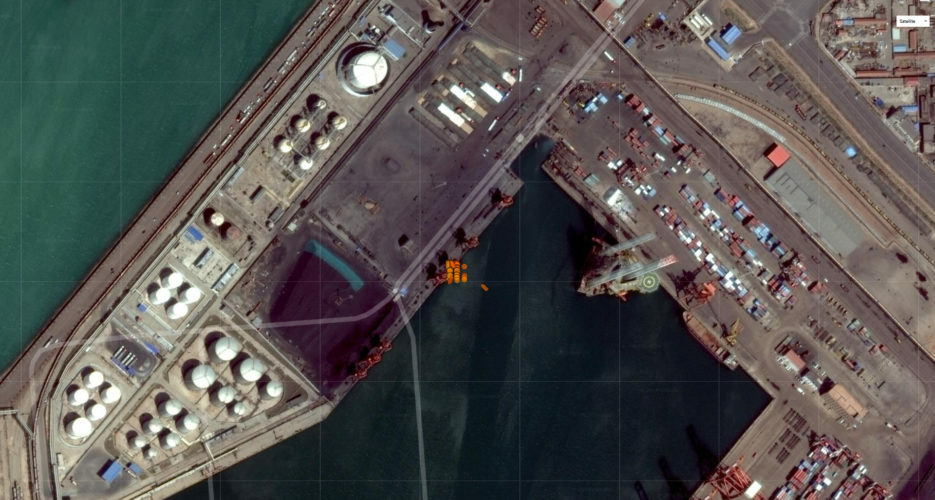 Three North Korean cargo ships visited a Chinese bulk port capable of handling coal in the past week, the NK Pro ship tracker shows, despite UN sanctions prohibiting the import of most DPRK metals and minerals.

All three vessels visited the same area in Longkou – one of the closest Chinese ports to North Korea’s western coast – since May 25, and one remained nearby at the time of writing.

Tracking information combined with satellite imagery shows two of the North Korean-flagged ships arrived at a pier which appears to handle coal, with several piles of the