State media reports over 4 inches of rain in region Sunday that may have disrupted work on construction camp, warehouse 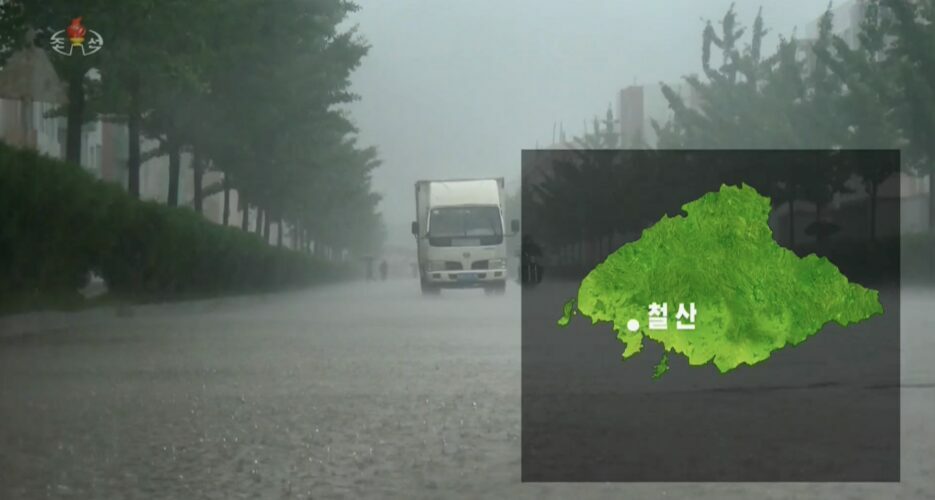 SHARE
SHARE
State TV covers heavy rain in Cholsan, the seat of the county where the Sohae complex is located | Image: KCTV (Aug. 7, 2022)

The imagery shows slight progress on the upgrade project in the weeks prior to the flooding. North Korean leader Kim Jong Un announced plans to build a range of