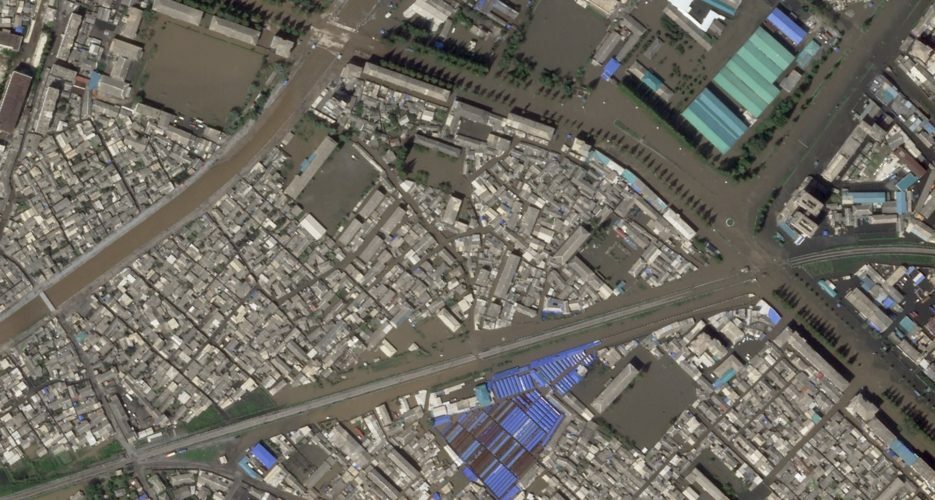 Typhoon Maysak flooded main streets and submerged hundreds of homes, factories and other buildings in water throughout the North Korean city of Wonsan on Thursday, Sept. 3, according to an NK Pro analysis of Planet Labs satellite imagery.

The satellite photos, taken just hours after the typhoon passed through the country, also show flooding in crop fields and in areas surrounding the Kalma Airport, including its runways. The storm, called “Typhoon No. 9” in North Korea, may have also affected the Wonsan-Kalma beach resort project.

The resort — a massive complex with thousands of hotel rooms, malls and