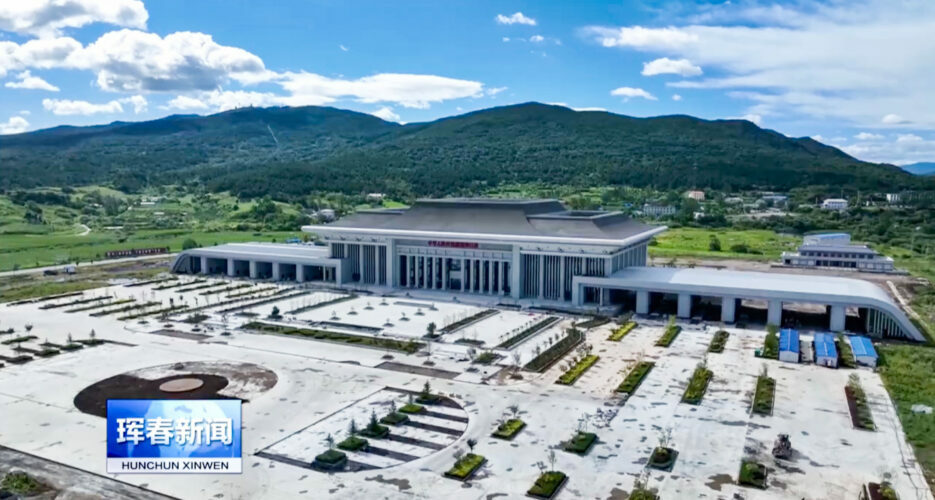 Chinese officials held a ceremony at the country’s “largest” and newest customs facility on the border with North Korea earlier this month, promising to boost the local economy by over $2 billion, but NK Pro analysis of satellite imagery shows construction on the facility remains unfinished.

The Sept. 1 ceremony at the imposing $52 million Quanhe Port project — located at the easternmost edge of the DPRK-China border — was part of local celebrations for the 70th anniversary of Yanbian Korean autonomous prefecture, according to local media reports. It appeared to be a symbolic celebration and not a grand opening ceremony