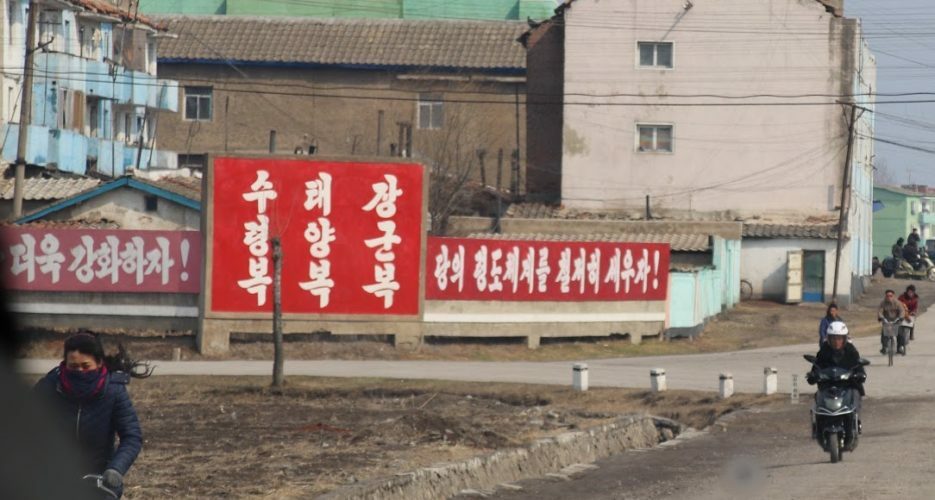 In messaging seen both in the capital city of Pyongyang and in rural areas, posters and slogans on North Korean streets and roads called on citizens to “thoroughly implement” the tasks laid down by leader Kim Jong Un in his New Year’s speech and hailed the country’s “new path” towards development.

Traditional themes, too, of economic self-reliance and the need for citizens to work with a “do-or-die