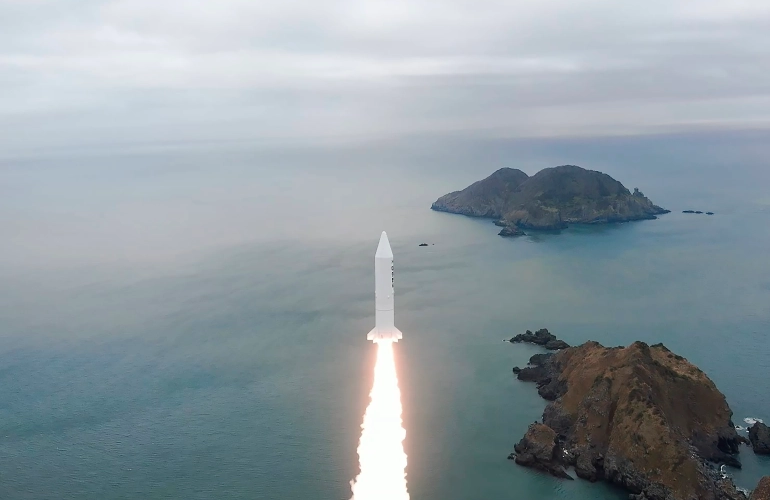 SHARE
SHARE
A solid-fuel rocket launches from off the South Korean coast in March 2022 | Image: ROK Ministry of National Defense

But Bennett said South Korea’s decision to develop a solid-fuel intercontinental ballistic missile fits with its practice of pursuing technologies with dual-use applications that can provide Seoul with both civil and military benefits.

In a wide-ranging interview with Korea Pro, Bennett — a defense researcher at RAND Corporation — also shared his thoughts on South Korea’s strengths as an exporter of military equipment and its ability to undercut U.S. competition with less expensive conventional arms.

The following interview has been edited for clarity and length.

Korea Pro: Do you think pursuing the development of an indigenous South Korean aircraft carrier is a realistic goal for the new administration?

Bennett: I don’t know for sure with the Yoon administration. But the real question is: What does a carrier buy you? Because one carrier buys you a carrier that’s on station maybe a third of the time or a little bit more because it’s in the region.

So you’ve got to be thinking about what you really get by getting just one. You look at the U.S. and we buy enough carriers so that we’ve always got about a third of the force out, but two-thirds of the force are either in maintenance, sometimes deep maintenance, and in training.

And here’s one of the problems the South Koreans have. They have 12 fighter