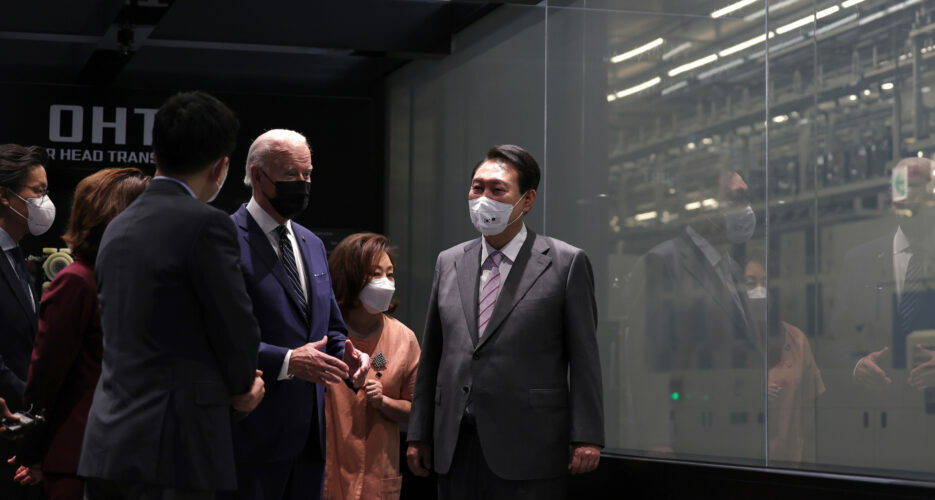 Leading up to the official launch of the U.S.-led Indo-Pacific Economic Framework (IPEF) on May 23, many were surprised at the level of enthusiasm that South Korea showed, as it previously eschewed U.S.-led trade groups and networks.

South Korea’s Yoon Suk-yeol government apparently sees the IPEF as in the “national interest,” but the real appeal may be the ambiguity and toothlessness of the deal, which doesn’t force Seoul’s economic planners to commit to anything.

While the U.S. sees IPEF as a way to regain its footing in the regional economy after former President Donald Trump torpedoed the multilateral Trans-Pacific Partnership deal, the new framework is critically short of details, particularly when it comes to the perks of membership that set it apart from existing trade deals or institutions, such as tariff reductions or access to the U.S. market.

Thus, many Indo-Pacific countries have been hesitant to sign up for a deal that risks attracting the ire of China with no clear upside, except for being a sort-of alternative to Beijing’s Regional Comprehensive Economic Partnership (RCEP).

On paper, IPEF aims to strengthen supply chains and promote common standards on the digital economy, clean energy and taxes.

For South Korea, joining this network is considered a no-brainer, as semiconductors are the lifeblood of its trade-dependent economy. Samsung Electronics and SK hynix account for a combined 70 percent of the world’s DRAM memory chips, and their outbound shipments make up almost a fifth of the country’s exports.

An ecosystem of some 20,000 firms forms clusters

Sooyoung Oh is a South Korean journalist based in Seoul. She anchors a current affairs program on Arirang TV and worked previously as a Seoul correspondent for United Press International.
VIEW MORE ARTICLES BY Sooyoung Oh Got a news tip?Let us know!