Allies have pledged to look for ways to keep trade barriers from impacting defense, but domestic politics is an obstacle 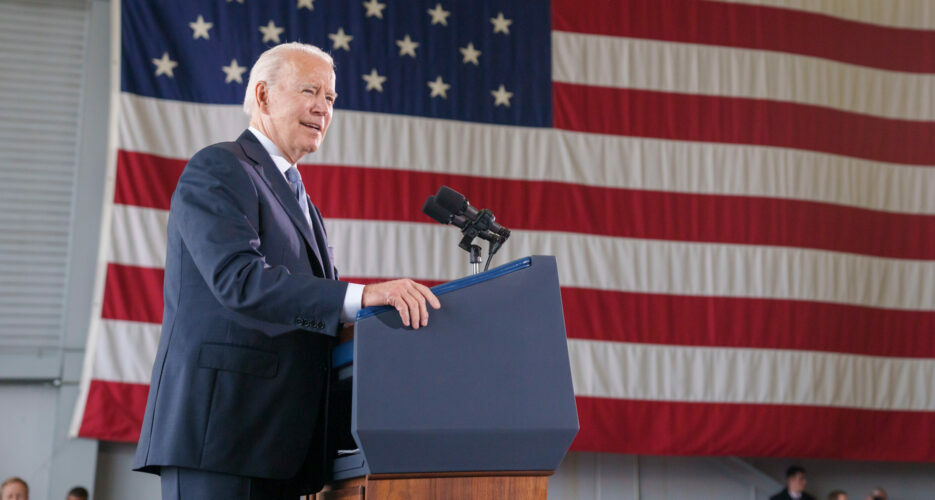 When U.S. presidents visit South Korea, one place that is almost always on their itinerary is the Demilitarized Zone. The inter-Korean border serves as a reminder of the ongoing conflict on the Korean Peninsula, and a convenient spot for photo-ops to appear resolute and firm in the face of a hostile enemy.

But President Joe Biden did not adhere to tradition on his first trip to Asia. Instead he visited Samsung’s semiconductor plant and Hyundai Motor Group and spoke about supply chains for microchips and investment in the U.S. Cooperation on critical and emerging technologies was also high on the agenda during his summit with South Korean President Yoon Suk-yeol, as Seoul signed on to the Indo-Pacific Economic Framework.

The mutual commitment to cooperation extended to the defense industry. The two leaders agreed to strengthen partnerships in defense sector supply chains, joint development and manufacturing, while also deciding to begin discussions on a Reciprocal Defense Procurement (RDP) agreement.

That last part will be of especially great importance going forward, as an RDP agreement would allow South Korea to get around Biden’s “Buy American” rule for government procurements that has prevented greater defense cooperation with Seoul in key areas. The problem is that U.S. domestic politics could get in the way.

The production of Javelin anti-tank missiles, which the U.S. is providing to Ukraine, is limited by the fact that each missile has more than 250 chips, an example of one area where U.S. and South Korean cooperation could help | Image: U.S. Marine Corps photo by Lance Cpl. Jonathan Willcox via Wikimedia Commons (CC BY-SA 4.0)

THE RISKS OF ‘BUYING AMERICAN’

Since Russia began its invasion of Ukraine, Western countries have provided significant

John Lee is a blogger at the Korean Foreigner and focuses on economic and political issues as they relate to the Koreas and the United States.
VIEW MORE ARTICLES BY John Lee Got a news tip?Let us know!