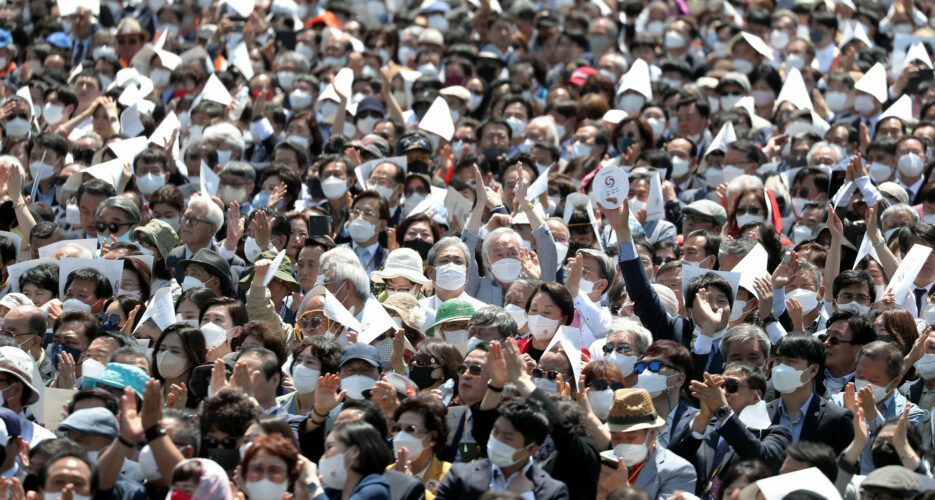 In his first speech as South Korean president, Yoon Suk-yeol claimed the country faces a democratic “crisis” rooted in anti-intellectualism. According to him, science and truth are the basis of rational discussion, and without rational discussion, people cannot reach a compromise.

But while democracy may be under siege on Korean Peninsula and elsewhere, Yoon misdiagnoses the origins of these struggles. Old, richer democracies like the U.S., United Kingdom and France have all faced fundamental challenges to their democratic rules, procedures and norms in recent years. Politicians with extreme political agendas have become competitive in nationwide elections, and even the peaceful transition of power — the most fundamental and long-standing rule of democracy — was challenged in Jan. 2021 by a mob of Trump supporters who attacked the Capitol Building in Washington, D.C.

In South Korea, democracy is part of the modernization package sketched out by scholars for decades: As it got richer, the Korean middle class grew and became more stable, propelling these stakeholders against authoritarianism and into underwriting positions of a liberal, democratic South Korea today. This sort of developmental trajectory was once influential in the literature, and is succinctly defined in the words of Barrington Moore Jr.: “no bourgeoisie, no democracy.”

But as the Jan. 6 capital attack demonstrated, democracy can literally die in daylight, even in one of the world’s longest-standing democracies. Further, China’s incredible economic growth over the past two decades has not resulted in democratizing the country. Academics and pundits who were once busy thinking, discussing, and writing about modernization are now turning to democratic backsliding, and there has been a debate on whether South Korea, too, faces a crisis of democracy (here and here).

Jae Yeon Kim is an assistant professor of data science at the KDI School of Public Policy and Management. He received his Ph.D. in political science from the University of California–Berkeley. His thoughts on politics, data and ethics can be followed at @JaeJaeykim2.
VIEW MORE ARTICLES BY Jae Yeon Kim Got a news tip?Let us know!