Abandoning phaseout, South Korea moves to get nuclear exports back on track 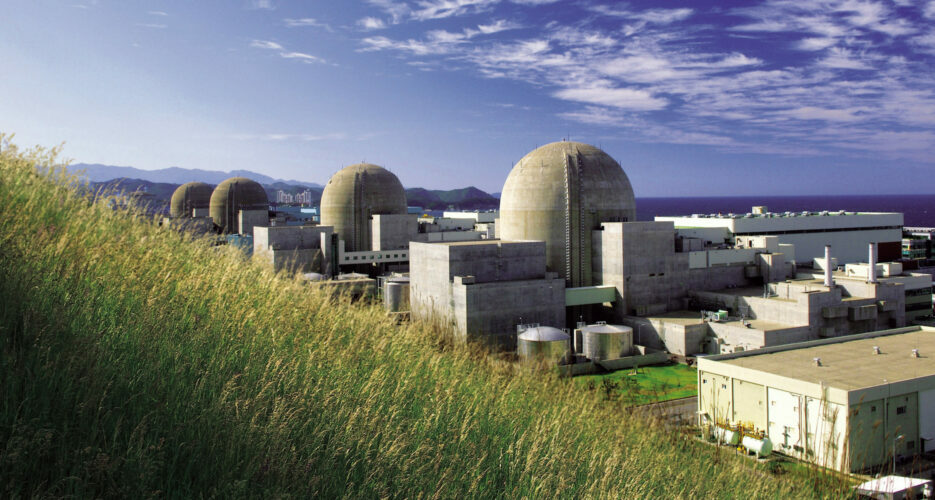 Entering office, one of South Korean President Yoon Suk-yeol’s most ambitious goals was to restore the country’s nuclear industry to its past glory. Not only did he promise to end his predecessor’s nuclear phaseout and restart the canceled construction of two new reactors in South Korea, he also pledged to export 10 nuclear power plants by 2030.

But South Korea’s nuclear future will not solely be about competing for multi-billion-dollar commercial nuclear power plants abroad. A host of South Korean companies are getting involved at the other end of the scale, signing partnerships in multiple countries aimed at solidifying their position in the burgeoning market of small modular reactors (SMRs). If that technology proves successful, Korean companies will be in line for a significant slice of a market that could reach hundreds of billions of dollars every year.

The upshot of SMR technology also goes beyond the potential financial windfall. While not yet an explicit goal, South Korea is also acquiring the technology and know-how to join the ranks of countries fielding ships with nuclear propulsion.

The simple logistics of the task are daunting. Reaching that goal would mean bidding, negotiating and winning 10 contracts in just eight years, though Yoon’s term is itself only five years.. Even softening that goal to mean signing contracts that include 10 nuclear reactors — most nuclear power plants contain multiple reactors — seems overly ambitious considering South Korea has only won one contract to date.

More importantly, Yoon will have to take steps to burnish South Korea’s credibility after major scandals embroiled the domestic nuclear industry in the early 2010s.

Karl Friedhoff is the Marshall M. Bouton Fellow for Asia Studies at the Chicago Council on Global Affairs.
VIEW MORE ARTICLES BY Karl Friedhoff Got a news tip?Let us know!